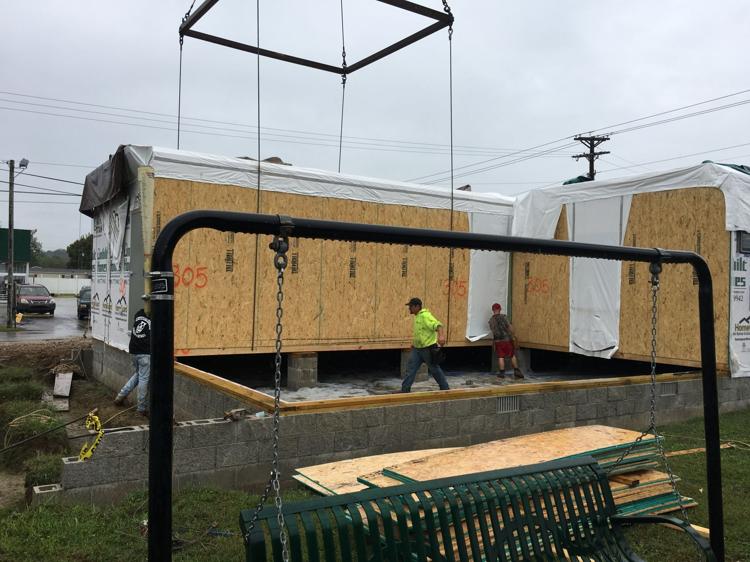 Workers put sections of a new municipal building on its foundation in Wurtland. Photo by Charles Romans.

Published in The Daily Independent on October 12, 2018

The City of Wurtland is making headway on its new city building.

The new building, which is a modular building constructed off site, then assembled at the desired location, arrived in Wurtland on Wednesday, and work crews set the sections on a previously-prepared foundation footer in spite of the rain.

Bill Miller of D & W Homes, the company in charge of construction, explained the process. The building was built by Unibuilt, and the company sent crews to set and assemble the sections that they had constructed, based on the requirements of the City of Wurtland. Once the sections are set, then D & W will finish the construction. Miller’s crew, for example, will roof the structure.

Visit The Daily Independent for the full article.